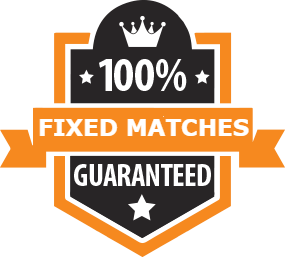 п»їA look at how former NBA ref Tim Donaghy fixed games.
(Photo: Glenn James / Contributor, Getty)
Though it is universally accepted that disgraced former NBA referee Tim Donaghy bet on NBA games that he referred in, the long-held stance by both Donaghy and the league itself was that Donaghy didn't physically fix the games or work to alter the outcomes with his calls. However, that might not actually be the case.
An in-depth investigation recently released by ESPN suggests that Donaghy did indeed fix games and use his whistle to alter outcomes.
"For 11 years, the official plotline has been that Donaghy was a rogue, gambling-addicted ref who made some bets on his own games -- and nothing more. The NBA conducted its own investigation and concluded that Donaghy, in fact, did not fix games. But for many in and around the league, suspicions have remained that the full story has not been told, that what really happened has been suppressed.
In early 2017, inspired by the 10th anniversary of the scandal, ESPN set out to reinvestigate it. The research entailed interviews with more than 100 people, including current and former NBA referees, current and former NBA staff, gamblers, bookmakers, lawyers, law enforcement officials and friends and relatives of Donaghy. (Donaghy himself declined repeated requests for an interview.) Freedom of Information Act requests were filed. Thousands of pages of court documents and investigative records were scrutinized. Hundreds of hours were spent watching every NBA game Donaghy officiated in the 2006-07 season. Every foul call was logged, the resulting data analyzed, along with betting-market line-movement histories for every game Donaghy reffed that season.
Two years of reporting later, the story can now be told: This is the definitive account of how Tim Donaghy conspired to fix NBA games -- and how, in so doing, he unwittingly enriched an array of gamblers to the tune of likely hundreds of millions of dollars."
The main takeaway from the piece is Donaghy did indeed purposely influence the outcome of games that he refereed in, but the full details of the wide-reaching scheme are shocking and revelatory, and well worth your time. The full story can be found here.


Almost All NBA Referees Do This, According to Tim Donaghy.
Gambling and sports go hand in hand when it comes to certain types of fans. People love the rush of potentially winning money on the outcome of the game, and to some, this is what guides their love of competition. When it comes to those directly involved in sports, however, gambling on their games is strictly forbidden for reasons that should be obvious.
Among the most famous examples of this is Tim Donaghy, a disgraced NBA referee who was caught not only gambling on games that he officiated but tipping off gamblers based on insider information from the league and other referees. According to him, however, he was not alone.
Michael Jordan talks with referee Tim Donaghy |Lisa Blumenfeld/Getty Images.
Tim DonaghyвЂ™s gambling.
DonaghyвЂ™s gambling, at least when it came to the NBA while he was still employed, went back to 2003 according to ESPN. Although he claims he never consciously affected games with his officiating, this is a clear violation of the leagueвЂ™s rules involving the subject. David Stern, who was a commissioner at the time, tried to keep gambling as far away from the NBA as possible.
What Donaghy did was tip off an old friend about who he believed was the odds-on favorite to win the game based on league mandates about fouls and other violations that would be cracked down upon regarding certain teams and players. It was a success, as DonaghyвЂ™s predictions gave the benefactors of his information an 88% success rate.
Donaghy has long been dismissed by the NBA and his former NBA referee peers as a lone wolf who was acting on his selfish desires. To this day, however, Donaghy claims that he was from alone when it came to gambling on games.
Do other NBA referees gamble?
When asked if other referees did what he did, Donaghy cited a former mafioso named Michael Franzese, who claimed to have three NBA referees working in his pocket before Donaghy had ever started working in the NBA.
вЂњI wasnвЂ™t the only one passing on information,вЂќ Donaghy said. вЂњWas he paying them for [fixing games]? I donвЂ™t know what their setup was, but IвЂ™m sure he wasnвЂ™t giving them chocolate bars.вЂќ
DonaghyвЂ™s situation alone was a black eye on the NBA, and after so strongly denying that anyone else could have done with Donaghy did, it would be devastating for the leagueвЂ™s image if more information came forward and was corroborated.
Aside from the gambling aspect, there are other benefits for referees to throw a game in one direction, especially in the playoffs. He has been outspoken about his claim that the 2002 Western Conference Finals were purposely extended another game for more league money and more money in the pockets of the referees, and he explained why seriesвЂ™ such as this can dictate the way a game is called.
вЂњWhen you talk about three referees supposedly making so many mistakes in a conference final game вЂ” where in America can you perform at that level of your job so poorly, and still go to the next level reffing the NBA Finals and getting another bonus of $20,000?вЂќ Donaghy asked.
Donaghy has long claimed that Dick Bavetta, who officiated the infamous game 6 in that series, openly talked about how he was sent to those games to ensure game 7, although nobody else has corroborated this?
Why would referees risk it all?
Gambling is a rush. Many people do it for money, but others do love the invigorating feeling of being able to risk something for an award, and even when it isnвЂ™t a literal gamble, as may be the case with the 2002 series, it still could lead to a rush, a financial gain, or a combination of the two that are appealing to referees or players.
Outside of the Black Sox Scandal and Pete Rose, Donaghy might be the most infamous case of gambling in sports gone awry. By listening to him, even if there is some rightful doubt to the listener, we get a fascinating look at why, at least in his mind, such a problem exists in a more rampant way than we could ever know.